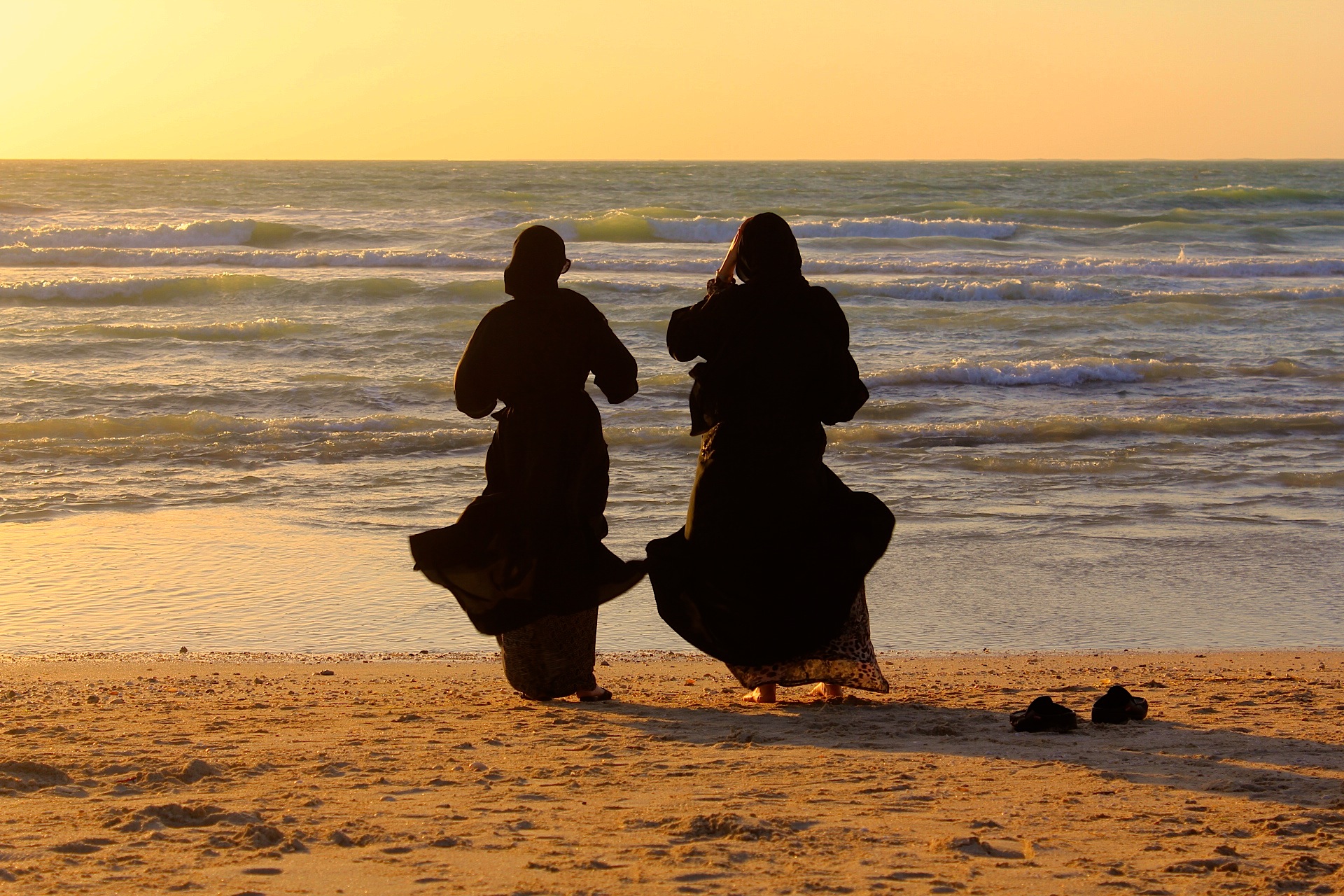 I pictured these two women on a beach in Dubaï. At first I saw the darkness of their long veil and wondered how they could stand the sun. But it only lasted few seconds, then I noticed the wind blowing up their veil, welcoming their clothes, inviting them for a dance. I watched it for a while and wondered if these souls realized that the wind was seducing them, floating like crazy to get their attention, running in and out to impress them and get the chance to uncover them. I was attending a conniving exchange between nature and fabric, nature and human. But then came the sun. I watched it competing with the air and wondered which one got in touch with the women first. It seems like competition is inherent to nature. I watched the king of all stars warming up the bodies, lighting up the veils, tanning the skin. I watched him making two strangers wear glasses to make sure they would always stare at him. Such a narcissistic creature! At that stage, I wondered which one was winning, the air and its sensual dance or the sun and its glare ? Pushing my thoughts forward I felt the magnetism of the sea affecting the two silhouettes. Or was it the horizon and its great possibilities?

The women stood for an hour, facing the waves that were winding on the waterbed. Were they watching them carrying their dreams away from the crane city ? Were they happy? Were they sad? Were they smiling? Sighing? The wind shared their thoughts with the horizon, the sun burned them with its love and the sea kept the ashes in its depth like a treasure. Must be part of the seduction game.